At Lazarus House, we are working together to offer hope and a future.

Our mission is to offer guests connected to our communities who are homeless or in need hope for the future by providing hospitality, food, safe shelter and education — tools for life. We strive to make certain that all who enter feel the love of Jesus.

We believe that everyone here is a gift from God, and we are here to help those who need assistance. We work together with many social service agencies, a large and wonderful network of volunteers and donors, and a range of federal, state and community resources.

Our goals are to:

How We Help People in Need

Last year, of the Guests who arrive at Lazarus House with specific needs, we are able to make sure:

These results reflect the hard work of those coming to our doors, along with tireless assistance from the dedicated staff, volunteers and partnering agencies who work together to give our Guests a hand up and provide hope for the future.

The 2019 Lazarus House annual report and latest 990 Tax Form are available to those who are interested.

Lazarus House Board of Directors

We are blessed to work with a talented and generous Board of Directors. Click here to learn how to get involved with Lazarus House!

Lazarus House has been blessed to fulfill our mission of helping our neighbors in need find hope and a future. Along the way, we have expanded our services and received recognition for our efforts. These accomplishments reflect the ongoing dedication of the Board, staff, volunteers and donors in serving the needs of our communities, and we are grateful for their support.

2020 Civic Image Award from the St. Charles Chamber of Commerce for enhancing the image of the community through the renovation of the 214 Walnut Street building.

2007 Civic Image Award from the St. Charles Chamber of Commerce for outstanding service to the community

2007 Community Development Award from the St. Charles Chamber of Commerce for significant investment in the business community

2006 Not-for-Profit Small Business of the Year Award from the St. Charles Chamber of Commerce for contributions to the community outside the business world

Click here for a detailed background of the history of Lazarus House or read on for our proudest highlights:

We serve persons who are connected to Batavia, Geneva, St. Charles and western rural Kane County. 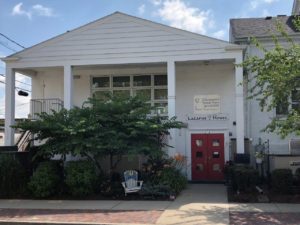 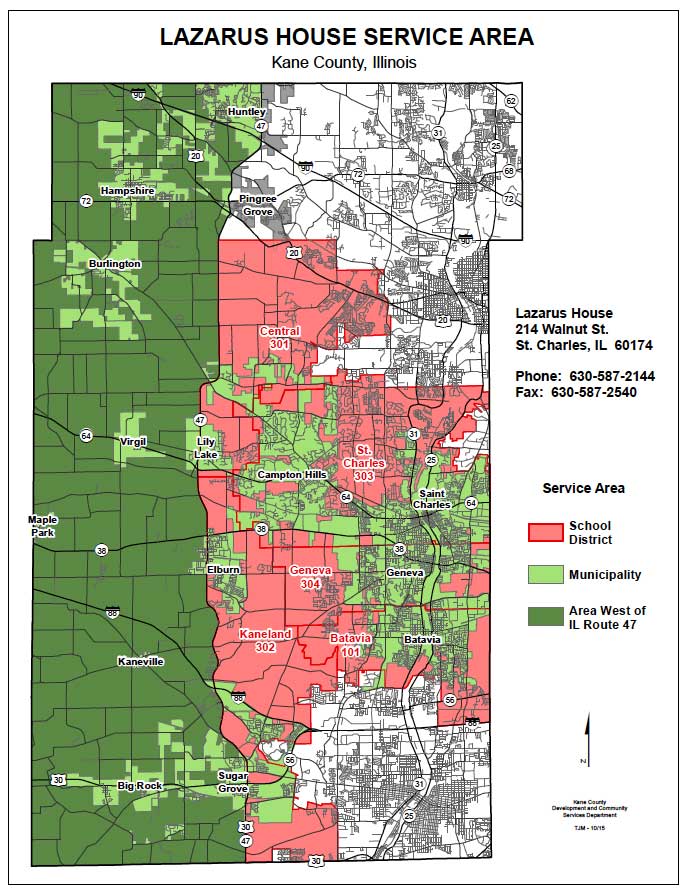